I’m going to tell you a story about the most heart-wrenching, fulfilling, frightening, grace-filled, exhausting, and blessed summers I have ever experienced. I love to tell it because it is a story full of hope. 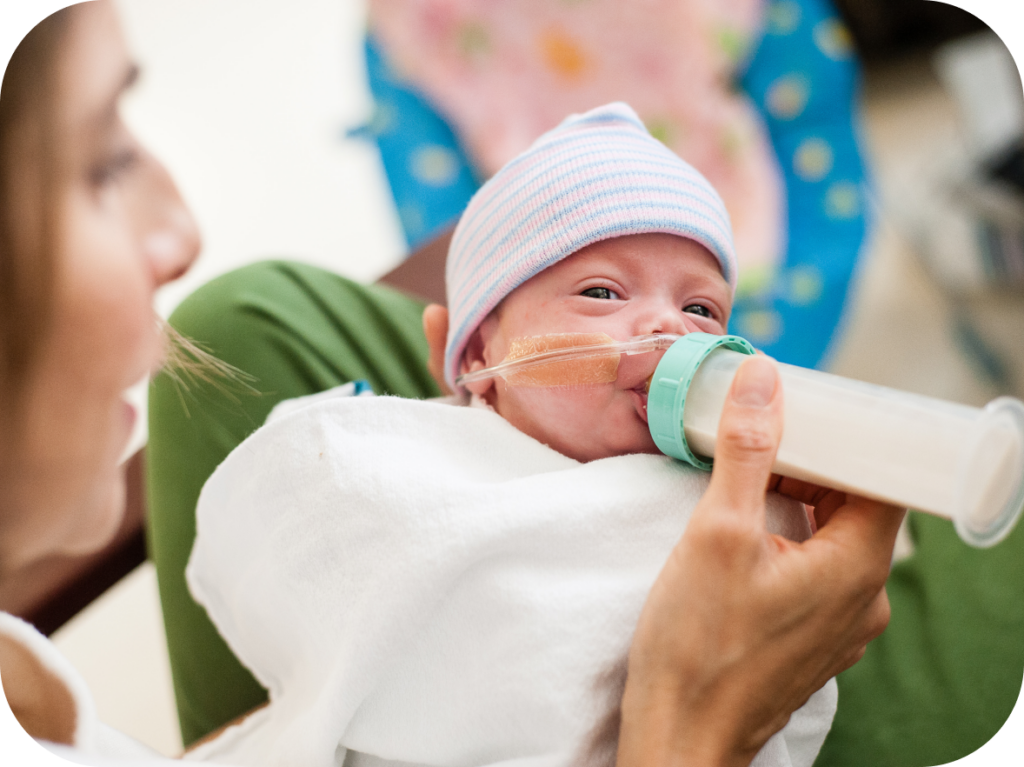 I’m the mother of five active and beautiful children, ages nine to two. We were pregnant with my first in 2005, and did everything a new mom is supposed to do…we took childbirth classes and I took a breastfeeding class because we all know breast milk is best for the baby. John was born full term, weighing 8 lbs. 11 oz. and I was blessed to nurse him for 14 months.

When John was 26 months old, Cecilia was born at 9 lbs. 10 oz. When I was about to wean her at 14 months I was diagnosed with ulcerative colitis, an auto-immune disease. One of the medicines I was on was transmitted through breast milk and would not be safe for the baby.

Our third was born at 8lbs. 13 oz.; I was able to stop my medicine and nurse her for four weeks before my symptoms interfered. After much heartache, I decided it was time to stop breastfeeding and give her formula.

Fast forward about a year and a half, and Lucy was born. I was blessed to breastfeed her for nine months. 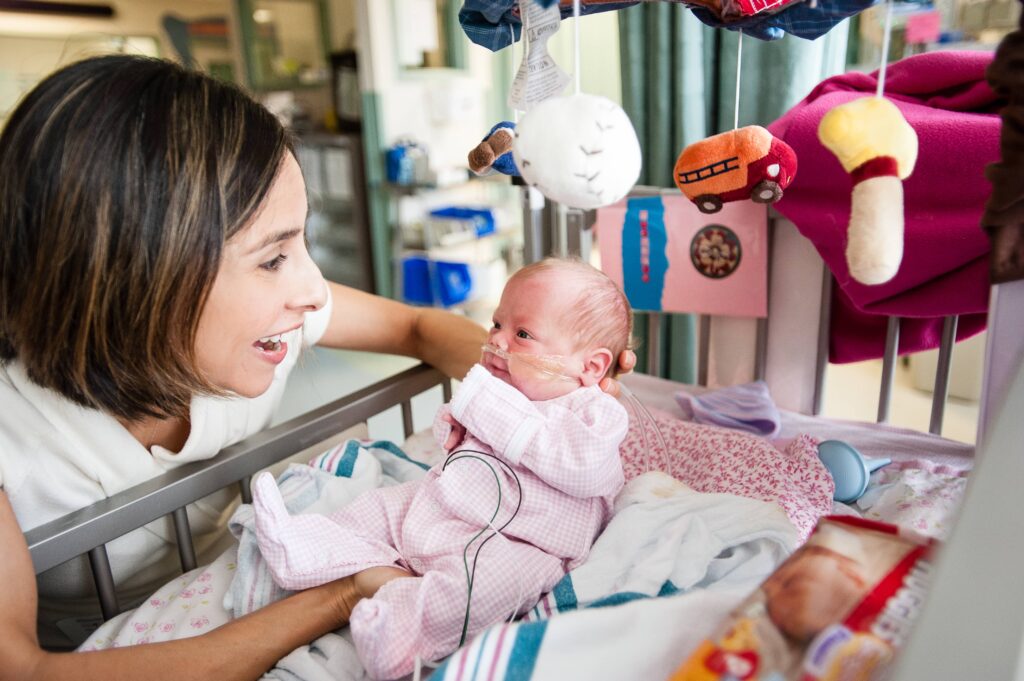 I share all this with you because I want you to know that I know normal. I know childbirth, I know nursing and how sweet it is to nourish a baby with what is best for him or her. I know how hard it is to stop nursing because of an illness and I know that formula is a good alternative for moms when they just can’t nurse. I was good at normal.

And then, came Victoria.

In January of 2014, we were surprised to find out we were expecting again. Looking at our family of many littles, we were nervous about welcoming another but also knew God had a plan for adding another little person to our family. However, from the very beginning, this pregnancy was different. I was diagnosed with a subchorionic hematoma, basically a blood clot between my placenta and uterus. We will never know what caused it and there was nothing I could do to prevent the persistent and life-threatening bleeding.

Preterm labor began at 22 weeks, and my maternal fetal medicine doctors told us that every single day made a huge difference in this baby’s development and chance to survive. I was admitted to the hospital. It was then that I met a specialist I’d never met before. His name was Dr. Sonny Rivera, a neonatologist. It was upon meeting him that I really began to panic. He delivered the same message: every. Day. mattered. He also suggested we tour the NICU. So one day, while I was in the ante-partum unit, Jack pushed my wheelchair up the long ramp to the NICU, we scrubbed up, and walked behind those doors. The very doors that we’d go in and out of for 113 days. 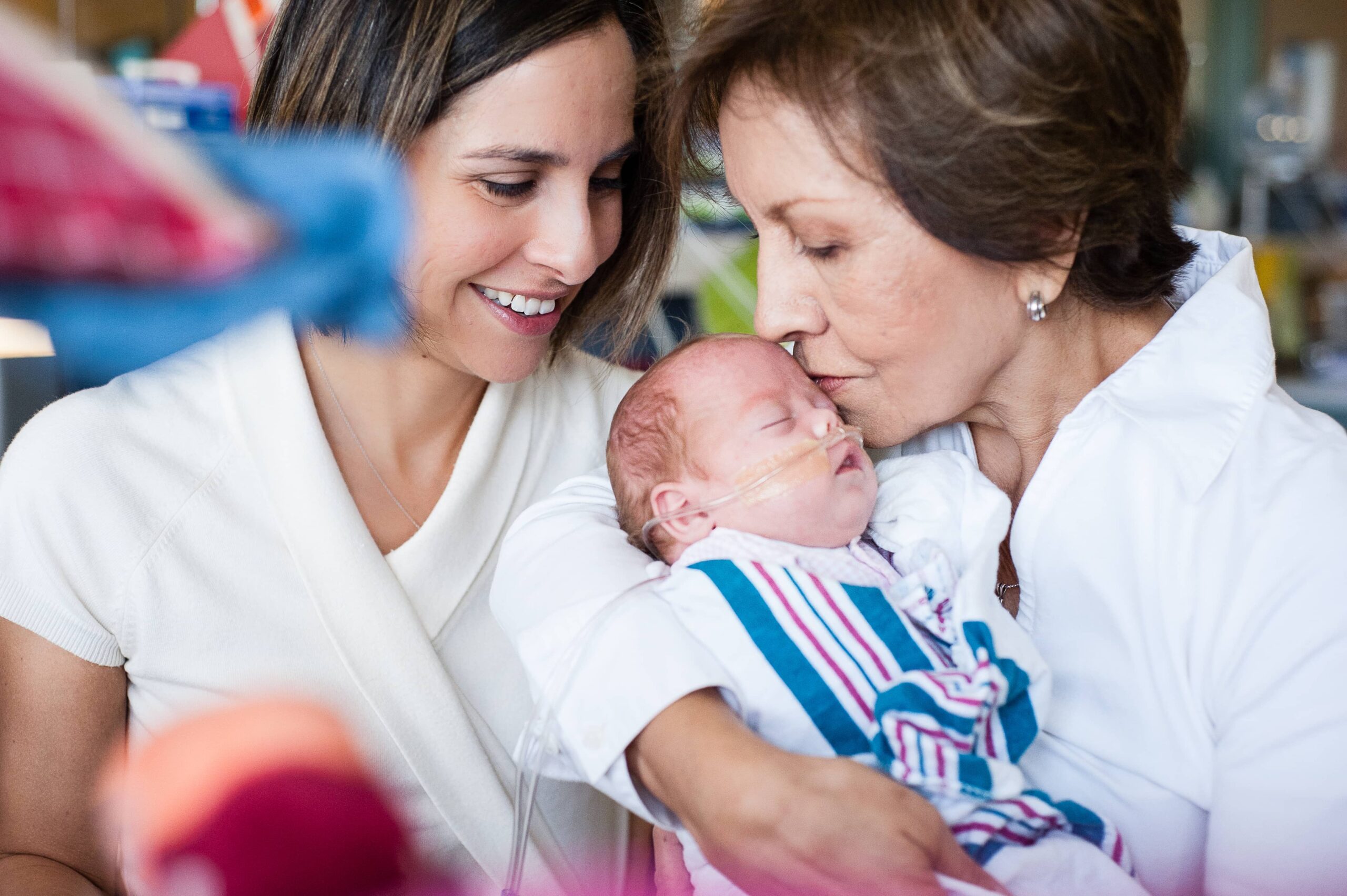 On Friday the 13th of June, when Victoria was 24 weeks and six days old, I began to bleed. A lot. The doctor said it was time to have a c-section if we wanted to save the baby. Victoria Grace silently entered this world at 11:52pm. There were no loud cries from the baby. No baby for me to hold on my chest and start to nurse. I only saw pictures of her on my husband Jack’s phone.

The next morning Jack pushed my wheelchair up the ramp so I could meet Victoria. She was the tiniest person I had ever seen. Her skin was translucent. I could see her blood vessels. She had no peach fuzz and was super skinny. She weighed 540g. While we looked in awe at her tiny 1 lb. 3 oz body, 11” long, I looked in her isolette and I saw a tiny little syringe with a couple of cc’s of breast milk. Dr. Peter Untalan told me she was receiving donor human milk and immediately, my heart was so full of gratitude for the moms who sacrificed their time and pumped extra milk, so that our micro preemie’s intestines, which were still incredibly immature, could digest what was easiest for her to digest – breast milk.

Something the doctors and nurses seemed to talk about a lot was NEC, and how we didn’t want her to have it. As I did some research about NEC, or necrotizing enterocolitis, I found that it typically occurs in the first couple of weeks of life of a premature infant. It happens to about 10% of babies that weigh less than 1500 g (micro-preemies), where portions of the bowel undergo tissue death, and it’s the 2nd most common cause of death of preemies. It is basically gangrene of the gut. Fortunately, Victoria avoided this. Human milk feedings are a big factor in avoiding NEC, and Victoria was receiving the donor milk.

Since Victoria had a difficult time gaining weight, they were able to give her higher calorie milk, a cocktail, if you will, of the fattiest breastmilk they could. And because of the technology available and research being done at Mothers’ Milk Bank Austin, Victoria was able to thrive. I remember speaking to a nurse about how grateful we were for the donor milk. She shared with me her experience years back at Texas Children’s Hospital in Houston and how as a NICU nurse there, she saw many micro-preemies with NEC, some of them died because there was no Milk Bank to provide human donor milk. It was at this point that Jack and I knew we would need to support the milk bank on behalf of all the other families of preemies. 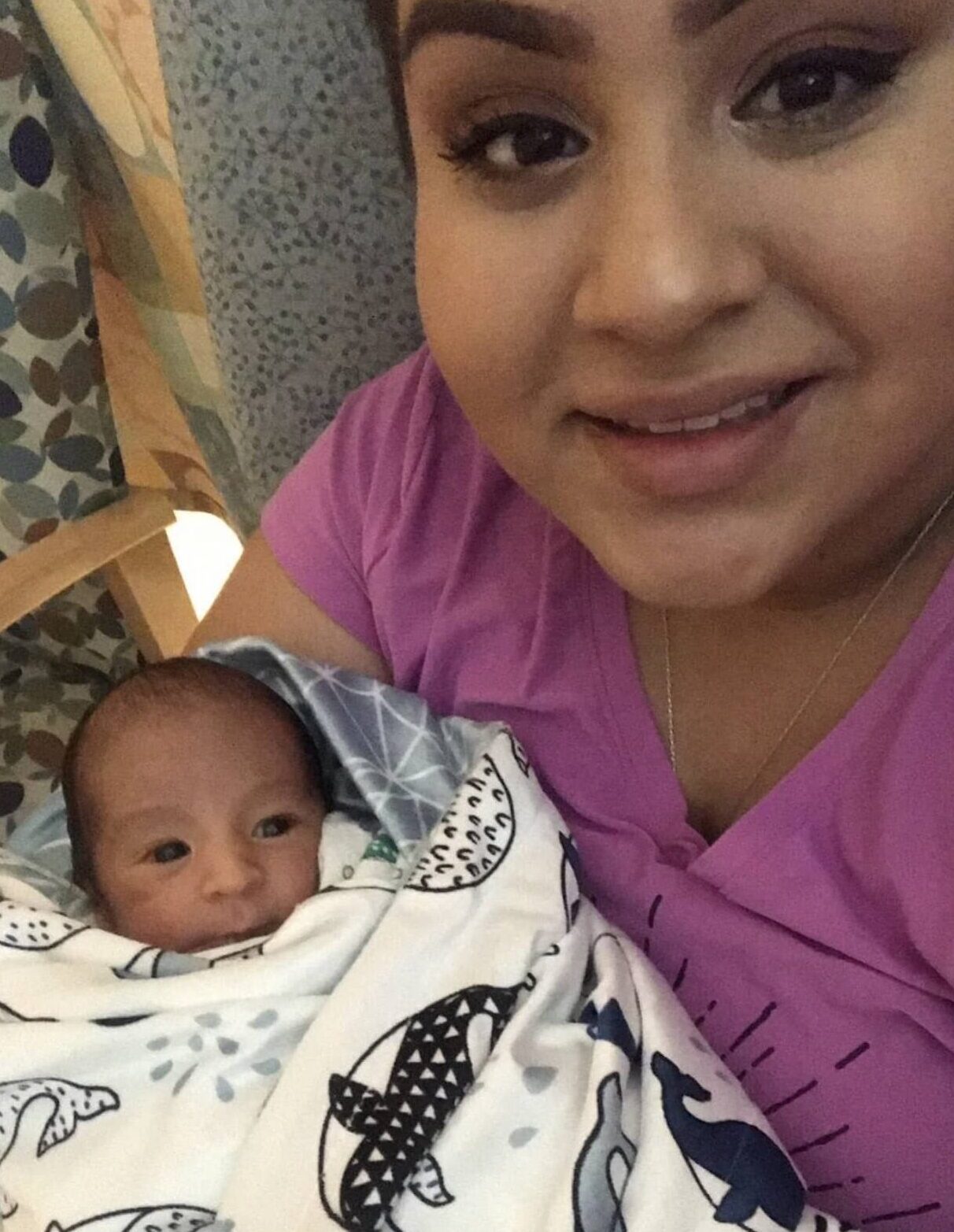