Athena came barreling into this world like a wrecking ball to our otherwise calm lives. Our warrior was born 37 weeks gestation after a relatively uncomplicated pregnancy.

She spent 12 hours in the NICU due to “difficulty to transition” which is fancy medical talk for she needs a little help breathing. Within 8 hours she was in the normal L&D room with me and attempting to nurse.

She was sleepier than my first daughter so I started pumping immediately to get my supply up and ensure she would have colostrum and breast milk once she perked up. I was an over supplier so this wasn’t an issue for me. Everything went according to plan the next few days and we were discharged to start our lives as a family of 4. For 2 days I struggled to wake her up for feed, she wasn’t drinking enough and it took almost 2 hours to wake her up enough to eat 2 ounces. I called her pediatrician who got her bilirubin checked and it was 19 (which is very high for a baby that young).

We were urgently sent back to the hospital for phototherapy, this was hospitalization number one. We were discharged after 24 hours and expected to start the normal infant home life. 2 days later again I couldn’t wake her up and now she was spitting up CONSTANTLY bright yellow milk. We again got her bilirubin checked and it was again 18. Hospitalization number 2 only this time she was losing weight despite my large volume of breast milk. She was pooping, a lot, like 9 times a day with a horribly red behind. The worst I could have imagined until that point.

The hospital put a tube in her nose down to her stomach to help her gain weight but she was still pooping, pooping, pooping, and anytime I tried to feed her orally she spit almost all of it back up at me. The pediatrician at this point decided to get a barium swallow on my now 6 day old. We forced her to drink barium and then took many x rays as it went through her stomach to see if there were blockages or abnormalities. We were brought back to the hospital room and almost immediately the doctor came into the room and told me my daughter was going to be helicoptered to the nearest children’s hospital to emergent surgery for something called malrotation.

Ohh yea, and due to weight restrictions on the helicopter I couldn’t fly with her! We managed to figure out how to get my husband to the children’s hospital an hour away immediately and get me a ride there too. She had the LADD procedure and appendectomy that night. During the surgery they found that her small intestine was ¼ the length it is expected to be. She was diagnosed with Congenital Short Gut Syndrome. So rare that there are only 40 documented cases in English literate according to the National Organization for Rare diseases.

The next 2 weeks were a sleepless blur but we got discharged on my birthday.Again, we though “finally” lets get back to normal life. That night Athena started vomiting again. I called her gastroenterologist, the neonatologist, and regular pediatrician, the consensus was that this wasn’t unexpected and to keep an eye on it. Hospitalizations 3, 4, and 5 that each lasted 2 weeks were each related to weight loss, pooping, electrolyte imbalances and severe dehydration that was attributed to her short intestines.

We tried Imodium without any luck and were told I should stop pumping her breast milk because her allergist was so severe that she needed to be on a hypoallergenic formula called Elecare. I am a huge proponent of breast milk and the mother baby connection; this was heartbreaking for me but I was a terrified mom who watched her daughter be so sick she had almost died 3 times already so I reluctantly agreed to whatever her team thought would make her better.

I went home and got on the human milk for human babies website and donated my whole deep freezer to families in the area. By this point she had fallen off the growth chart, she was so tiny. In addition to formula she had to have a long term IV placed in her chest for Parenteral Nutrition. We again took her home for some normalcy (that’s right we were so tired of being in hospitals we considered bringing a baby home with an IV that we needed to manage more normal).

Hospitalization 6, 7, 8 all mesh together in my mind, she had two blood infections from the IVs, 2 new IVs placed and was attempted on rice cereal to try and get more weight on her. This was the first time she pooped blood. I don’t mean a little speck here and there I mean the type of blood you see in a horror movie, and I am a nurse practitioner so I. WAS. TERRIFIED. I demanded they stop the rice cereal and formula and put her back on my breast milk. Like magic, the bleeding stopped. They then re-introduced the formula and the bleeding came back but no one believed me it was related to this “hypoallergenic formula.”

She ended up bleeding for a little over a month, she required a blood transfusion, 4 iron infusions, and chronic nutrition through her IV since her intestines weren’t working. This is when I decided to stop listening to the doctors. I knew breast milk would help her, my supply was gone and I had donated all my milk since she “couldn’t have it.” Then I found Mother Milk Bank Austin.

Kim answered the phone and I immediately felt relief. She made me feel like she actually believed my desperation. She only asked me a few pertinent questions like my daughter’s diagnosis (which one, we had collected several at this point), formulas we had tried, and who her current doctor was, she recognized our urgency and boom just like that milk was overnighted and on the way to FL. Just like that her bleeding slowed and then several days later stopped, she started gaining great weight, and playing and looking healthy.

Athena’s intestinal rehab team had never known about donor human milk, they had never seen a turnaround like this and didn’t know where to go from here. We continued to get milk from MMBA for 4 months in addition to her IV nutrition, until we got her caught up on the growth chart. She began thriving! Eventually, she was diagnosed with FPIES (Food Protein Induced Enterocolitis) which was the missing piece of her puzzle all along. We found a formula that avoided all of her sensitivities, we started her on whole foods (no poultry/rice/corn products/sweet potatoes), we got her IV out and started her on probiotics and now she is just shy of her 1 year old birthday.

With teary eyes, I need you all to know she could not and would not be here without your efforts. You are angels and truly save babies. Thank you for the bottom of my heart. Athena is only one story, I am sure there are so many that you will never hear about because it is really hard for us as parents to sit down and write all we have been through, but know the recipient’s families think of you selfless women often, and though you may not hear it we are so truly thankful. 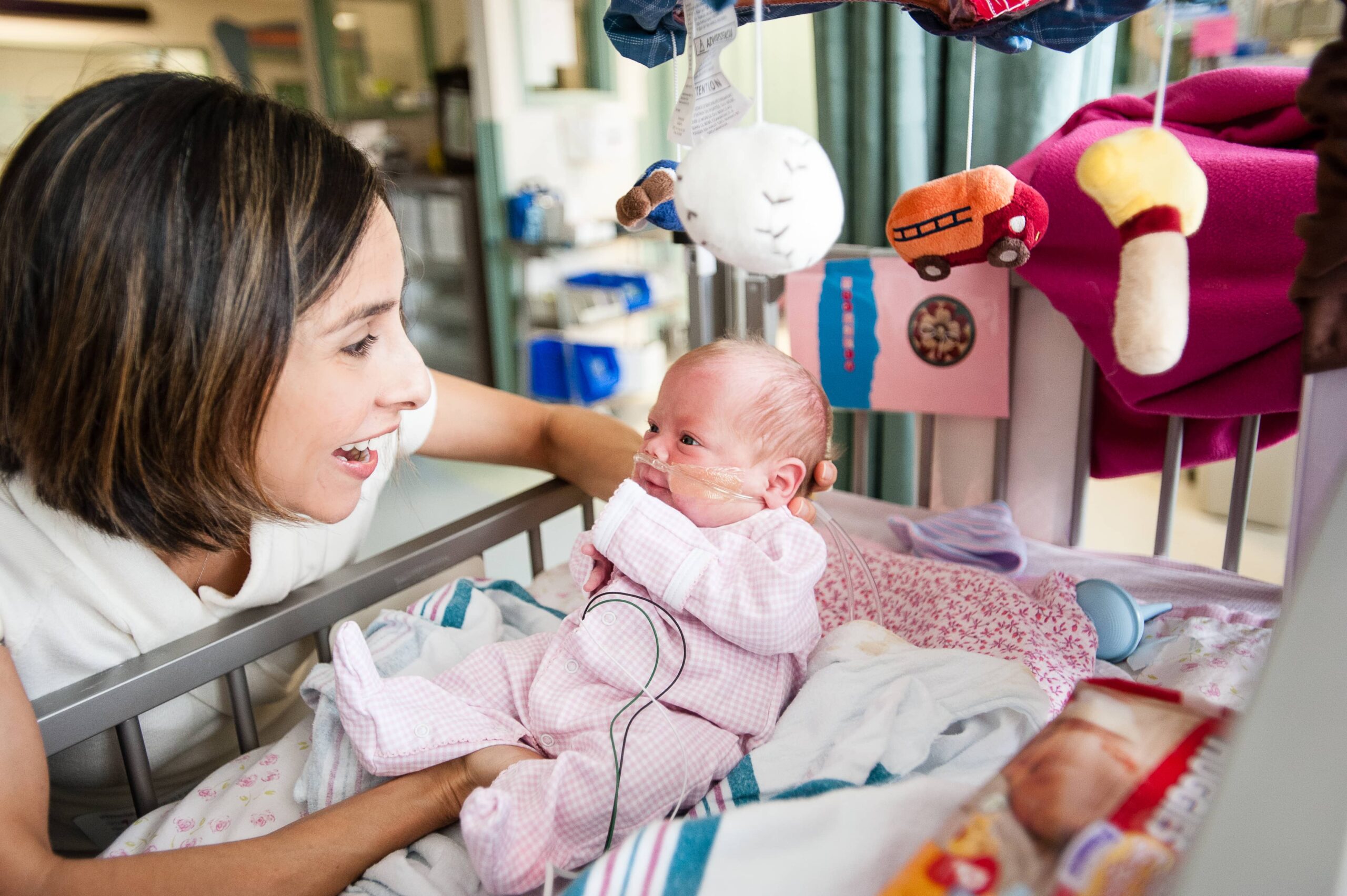