Many of the mothers who donate their milk to MMBA choose to do so after the loss of their child. 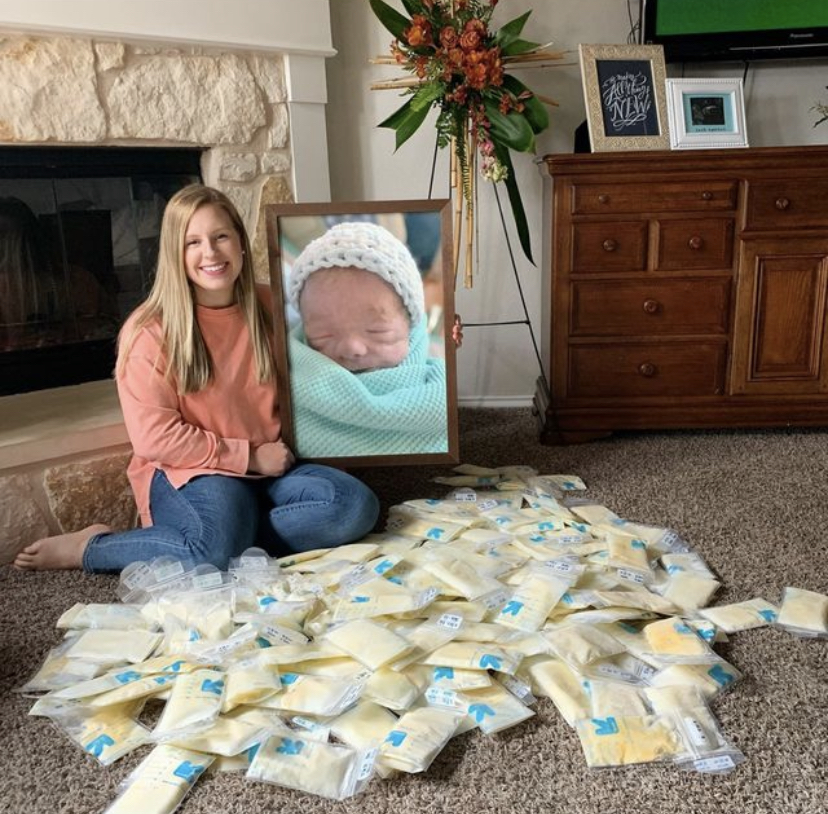 One of those moms is Anna, who was kind enough to talk to us about her son Jack and her experience as a grieving mom.

MMBA: Tell me about Jack. What do you want people to know about him?

Anna: Jack was our third kid. He was very wanted and prayed for. My husband and I were thrilled to discover the pregnancy.

At about 20 weeks (into the pregnancy), we found out he was very sick. Jack had Trisomy-18.

We chose to carry him in the womb as long as possible. He was born on June 16, 2021, at 33 weeks and three days. He was born alive. We got to hear him cry, see what color his hair was. Our older two kids got to meet him. It was such a gift.

MMBA: How did you decide to donate?

Anna: I had breastfed my first two kids, but I wasn’t able to nurse Jack. We were still in the hospital when I felt my milk coming two days in. I’m a NICU nurse, and I use donor milk at work every shift.

I knew in my heart I wanted to do it (donate milk). I knew it was from Jack.

Anna: My donor experience was very meaningful. I was pumping every three hours around the clock. Having a task to do every three hours softened the blow. It was tangible evidence that I carried Jack and was able to nourish him. It reminded me that he was there. (It felt) special to drop off milk and to know it would be a huge blessing.

MMBA: What is your advice to another mom who has experienced a similar loss and is considering donating milk?

Anna: I would tell her being able to pump and give Jack’s milk carried on his life. It doesn’t take away the pain, but it was comforting and meaningful, the most special thing to do after he died. I cherished those months for a long, long time.